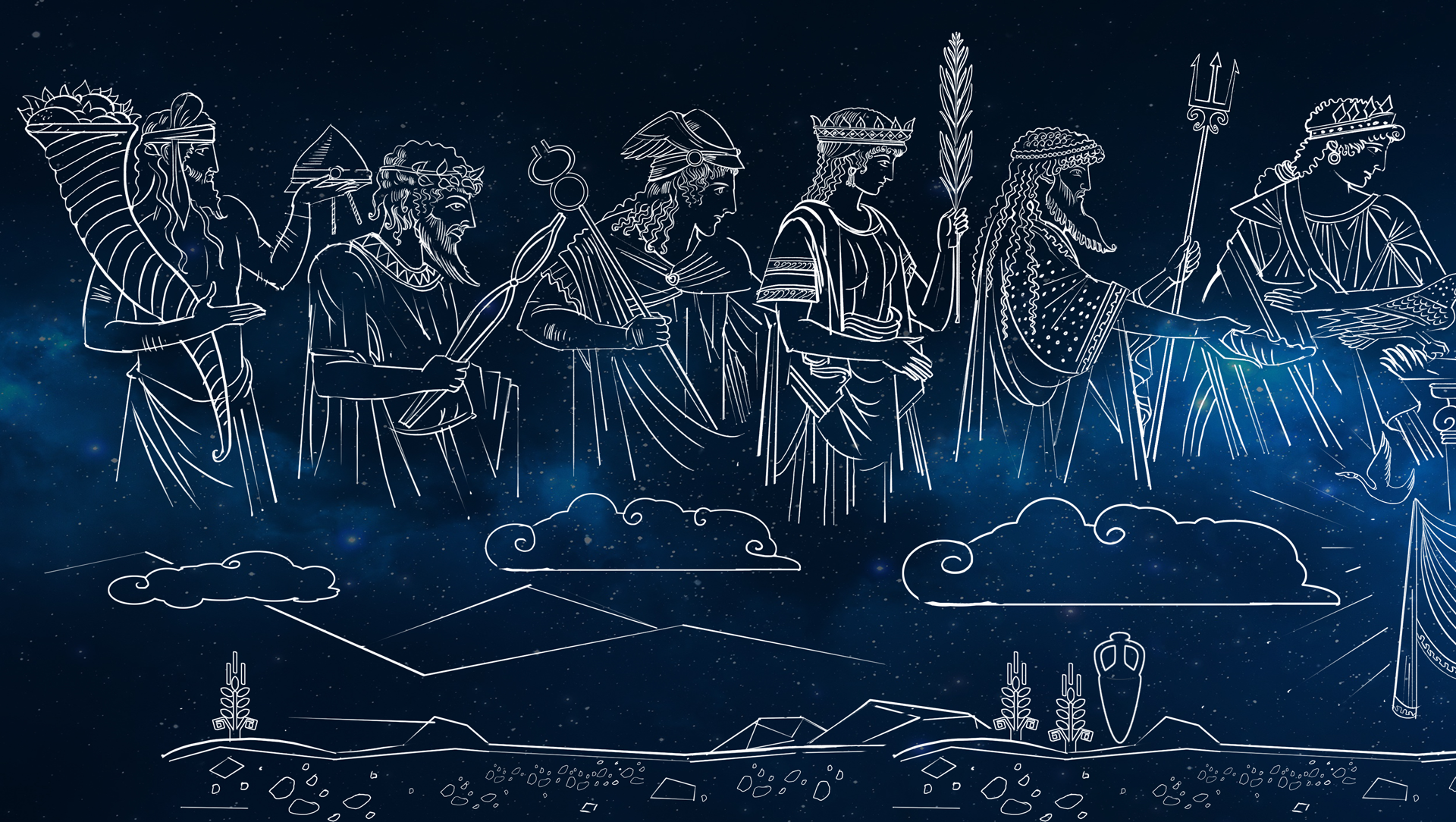 In this week’s post, we’ll debunk some popular myths about ancient Greece.

Hey. Since the dawn of time, the entertainment industry has successfully built a romantic cult around ancient Greek culture and so many of us think we know everything there is to know about it that we must be wrong. Working on Olympus: Home of the Gods has led us to believe that we are, indeed, wrong about a lot of things. Today, we’ll go over some of the major myths about Greek… myths, the ones that have become most fashionable, or – for the sake of rhyming – chic.

“Ancient Greece” is not a real thing

It’s probably not a good idea to count all the times you’ve started a sentence with “In ancient Greece…”, because you’ll be even more embarrassed to learn such a thing never really existed. While all the famous real places from Greek mythology shared the same geographical region for the most part, they all had very distinctive cultures and politics. As you may know, city-states like Sparta and Athens were called poleis (plural for polis) and there were more than 1000 of them between modern-day France and Turkey. Each polis had its own version of your favorite myths and deities which changed and evolved with time, which explains why you can’t really get a straight answer to most questions about “ancient Greece” on the Internet.

There are not 12 Olympians

It will come to you as no surprise that the Olympians (or those of the Greek deities who resided on Mount Olympus and were part of the “council” of gods) were not exactly twelve and definitely not the same twelve. As myths changed, so did the gods trade places on the famed holy mountain. While Zeus, the big guy himself, always seems to preside over the top-of-the-gods club, no matter which version of the myths you look at, deities like Hestia or Dionysus often switch seats or disappear completely. Hades, for example, even though he’s Zeus’ brother, is not always included in the count. In some myths, the god of the dead spends his time minding his own business in the Underworld (which is also confusingly named Hades) while in others he’s got a seat among the Olympians but only pays his brethren a visit sometimes, on days when the afterlife is particularly boring.

Ares was not all that cool

The god of war owes much of his fame and image to popular culture, especially the beloved game franchise in recent years (even though the series is not about him) but does the bulky brute live up to his name in actual mythology? The answer is no. Let’s just say most of the “smart” genes went to his sister Athena. War has many aspects and when Ares entered the game all the cool ones were already taken. While the armored lady with the owl is doing the planning, the strategy, and the wise counseling, her psycho brother is standing in the middle of the battlefield along with his messed-up sons (Phobos and Deimos), punching people in the face and screaming “KILL EACH OTHER ALREADY!”. As the rational sister, Athena often had to get her bro out of messy situations – and there were a lot of them. Apparently, being the god of war doesn’t prevent you from getting your bottom kicked all the time and definitely doesn’t mean you can’t act like a violent emo teenager afterwards. No one likes Ares. Even his family. Especially his family.

This will be a quick one. Remember the Trojan War? You know, Homer, Brad Pitt, the horse full of jumpy soldiers. Well, it may have never happened, believe it or not. Yes, Schliemann did find a very old city in Turkey that looked like the famous polis and he did claim to have stumbled upon the jewels of Helen of Troy. But also yes, the jewels turned out to be a thousand years older than they would have to be to have belonged to her (plus, she was probably made up), but most importantly, the city seems to have been destroyed by an earthquake. You know who the god of earthquakes is? Poseidon. And the patron of horses? That’s right, the same guy. It’s “coincidences” such as this one that give historians a good reason to believe famous tales like that of the Trojan War were only loosely based on real events and suffered a complete makeover in the hands of Homer, Euripides, Sophocles, and the like, to make them sound sexy for the ages. One of the most famous wars of all time was probably a metaphor.

Hades was not ancient Satan

If you’re alive and reading this, chances are your whole life has been heavily influenced by Western Christian culture. In the popular version of it, Hell is fiery and scary and Satan is an overgrown goatman who simply wants you to sin in life and suffer in death. In Greek mythology, the Underworld is ruled by Hades, your god next door. Granted, he roofied and kidnapped Persephone but that’s pretty much what Greek gods do all the time. While he’s admittedly one of the creepier Olympians, Hades presided at funerals, which is thoughtful, and ruled over “the hidden wealth of the earth,” which includes fertile soil. This might explain why Demeter was so upset when her daughter was taken to the Underworld, apart from her daughter being taken to the Underworld – her godly domain was partly overlapping with that of her newly-found son-in-law-slash-brother. In fact, in some myths, after defeating the Titans, the divine siblings even picked their domains at random, so Hades may not be to blame for his choice of property and his grim representation in pop-culture.

So there you have it. If you’re as fascinated by the ancient Greeks as we are (and if you’ve read this post, you probably are), you can be a little bit prouder of yourself today than you were yesterday. Stay tuned for more!

Related Articles
ZenART VR is an Epic MegaGrants Recipient
The new SteamVR look is dope
Cybershoes will change how you explore VR
Will 2020 be the breakthrough year for VR?
Teaching through VR
We are hearing voices!
©2019 ZENART ENTERTAINMENT, INC. ALL RIGHTS RESERVED.
All trademarks referenced herein are the properties of their respective owners.