Ascending back in time
WRITTEN BY ZenART VR 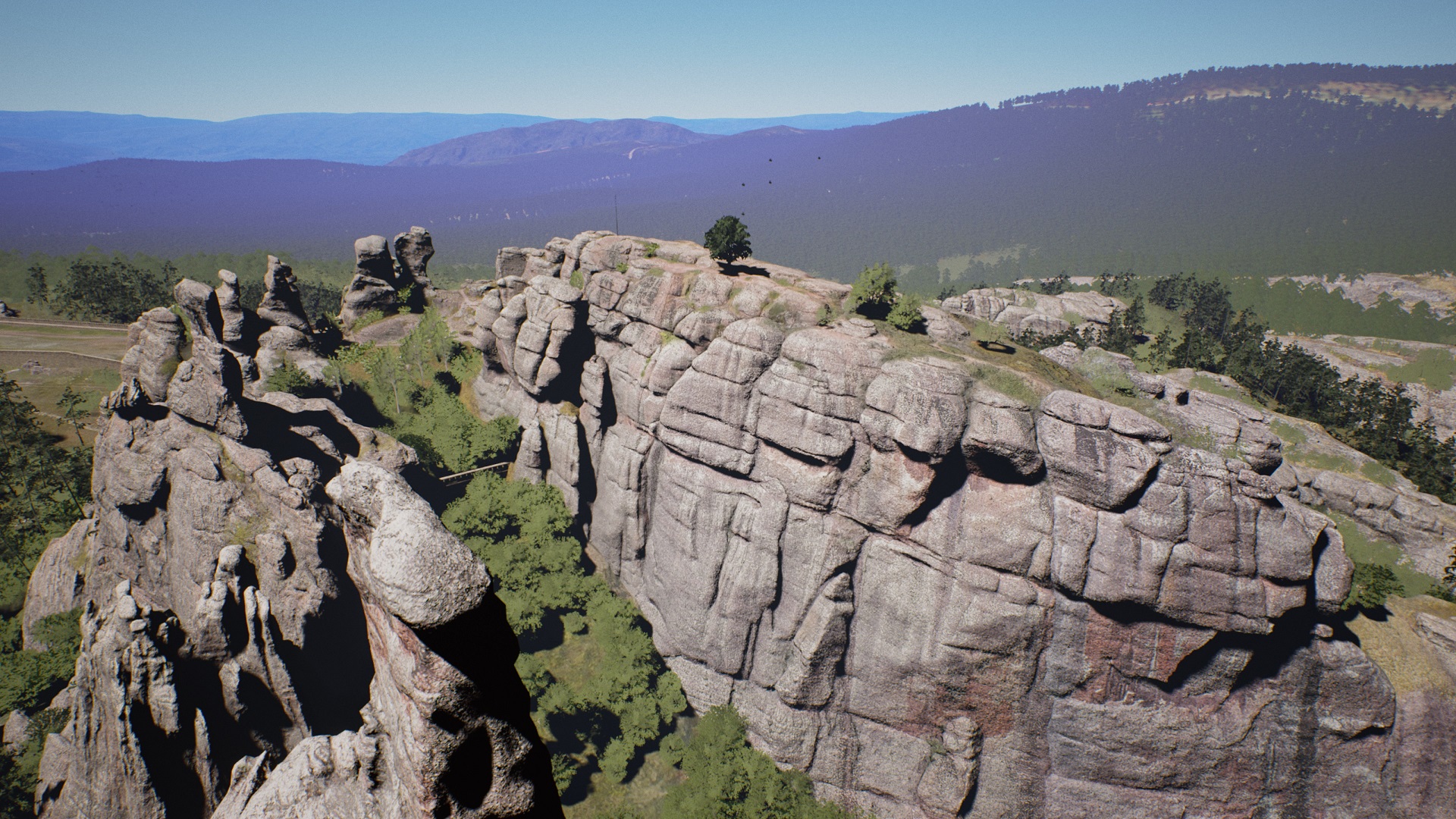 In this blog post we’ll share some thoughts about our writing process and the design challenges we faced while working on Tales of the Rocks, our first location based on the Belogradchik rocks in modern-day Bulgaria.

The Belogradchik rocks are an incredible place. Spanning over a territory of more than 100 square kilometers, these unusually shaped cliff formations and the ancient fortress built on them are a true natural and historical treasure.

We chose them as our very first destination for a myriad of reasons. The rich history, natural beauty and sheer variety of sights, shapes and structures made it a really desirable spot for our debut. Additionally, the place is not as widely known as it deserves, despite being shortlisted by UNESCO in the New7Wonders of the World campaign with more 6.5 million votes from people around the globe. Lastly, it is located in our home country of Bulgaria, which really eased logistics and allowed us to take even more time than we normally would for scouting, shooting and research, making our selection a no-brainer.

Right off the bat, we made a couple of major choices that remained as guidelines and helped us make creative decisions all throughout the development process.

First, we knew we are aiming for maximal realism. This included all aspects of Tales of the Rocks, from major things like the layout of the location, vegetation and architecture, all the way to little details like the rock textures or even the nails on the gates.

Some of the challenges we faced were things that are normally taken for granted, but in actuality needed to be carefully considered and implemented with care.

One such thing was the sun. Normally during the level design stage of a video game, the devs would place the light sources in an artistic manner in order to highlight certain things, secure maximum visibility in the important areas and even achieve dramatic effects to boost the atmosphere and storytelling aspects of a scene. However, we needed to use the position of the sun as it naturally shines upon the Belogradchik rocks, which sometimes casts shadows in areas that we would prefer stay lit and vice versa. We welcomed the natural state of things and worked with it, rather than trying to oppose it.

Second, our goal for optimal realism spanned across the user interface and gameplay aspects of the experience. UI was reduced to the absolute minimum, and information was given to the player only in a realistic manner – namely, all story was communicated through realistic-looking signs placed on strategic places of interest. In fact, said signs were 3D-scanned on-site and are exact copies of the very billboards that could be found in the real location. We did take advantage of the fact we’re creating a virtual version of the place though, by making the signs interactable, through a voice-over reading the text.

Another feature we spent a lot of time creating was the map. We went through the obvious choices of a hologram-style virtual map, or a realistic-looking paper map that you can hold, but ultimately settled on a rather unorthodox method for showing the player the lay of the land – aerial view.

Pressing a button on the controller would send the player dozens of meters off the ground and allow them to take a good look in all directions. Additionally, all places of interest (except the Easter Eggs, of course), are highlighted in a gentle blue light, showing a clear indication of where the player needs to go to experience a story element. Another great feature is that Time Lapse mode also works in map mode, creating some breath-taking views and a truly other-worldly sensation. Initial playtesting proved that our choice was right, as the feedback we got was very positive.

Another choice we had to make early on was how we were going to present the rich history of the place in a manner that makes sense to the player and makes for a journey on it’s own. After all, this land has been a home to ancient Thracians, Roman armies, Celtic druids, Bulgarian kings, Ottomans, Crusaders… and if you return far enough, even dinosaurs.

Surprisingly enough, this choice was naturally solved by the very structure of the place. The fortress in the Belogradchik rocks, called by the locals Kaleto, is divided in three distinct parts, each consisting of its own walls, courtyard, infrastructure and ability to be defended separately from the other parts. What’s most fascinating is that these three parts were also built in different time periods by different cultures inhabiting the place, the outward-most wall being the newest.

This meant that we could present the history of the place and give a visual representation of the culture we want to talk about by simply having the player journey from the outward-most gate all the way to the heart of the fortress atop the mountain.

We took the natural formations and the man-made architecture and carefully placed guns, swords, treasures, sickles, and various other interactable objects, as well as the story signs mentioned earlier, to create a capsized and informative tour of the Belogradchik rocks. We also provided living pieces of history for the player to hold and play with, designed, as with all other things, using tons of research and references of the corresponding period.

Ascension back in time

The chosen path would start in relatively recent history and the lowest geographical point of the location, and ascend up the rocks and through the ancient gateways, thus forming a symbolic journey upwards to the very beginning of time. At the end of the journey, the player learns about the very formation of the rocks, and a surprising fact about the nature of Belogradchik even before the first humans inhabited it. This is also where we placed our centerpiece feature, as a final reward for the player’s exploration and curiosity.

We really encourage you to experience the ascend for yourselves and see all the work we’ve put into it.

If you enjoy these sneak peeks in the inner workings of ZenART VR, make sure you come back for the next entry in our blog. Until then, stay up to date through our social network pages, and shoot us an email if you have any questions or comments. See you soon!

Related Articles
Cybershoes will change how you explore VR
Will 2020 be the breakthrough year for VR?
Teaching through VR
We are hearing voices!
Hello, Kyiv!
Next destination: Olympus
©2019 ZENART ENTERTAINMENT, INC. ALL RIGHTS RESERVED.
All trademarks referenced herein are the properties of their respective owners.